As if we needed telling, we have proof that Cadbury's Dairy Milk chocolate from Britain is the best in the world!  A couple of weeks ago we went to the Naafi, the store on the British garrison in Seria, about an hour away from us.  They stock all manner of British foodstuffs (including - shhhh, don't tell the Muslims! - Pork Scratchings!) and we took the opportunity to stock up on some Cadbury's. 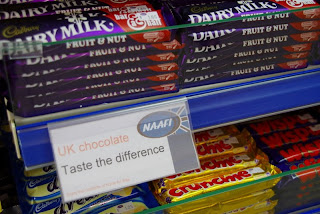 We already had some bought-in-Brunei Dairy Milk at home (made in Malaysia, or Singapore, I can't remember which) so decided to do a taste-test.

And could you 'Taste the Difference'? 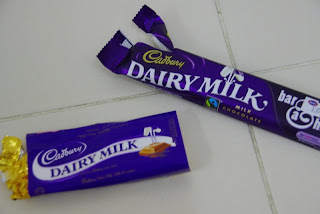 You certainly can!  Next to the UK chocolate, the Asian stuff tastes very strange - quite acidic ("like bile" as Rob described it), and not nearly so creamy.  So I know where I'll be buying my chocolate from now on.

We had a similar experience in Canada - the Dairy Milk sold there was also made to a distinctly different recipe.  It tasted more like Hershey's (which is not a compliment).  I'm sure there's a good reason why Cadbury's use different recipes in different parts of the world, but it is very odd when you taste them side by side.

In other news, remember my sweetcorn post?  Well, we finally tried the Sweetcorn flavoured Potongs. 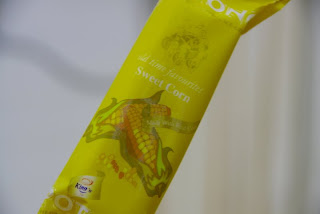 They were actually very nice.  The flavour is pleasant - though I did find it a bit disconcerting to find whole kernels of sweetcorn in my ice-lolly! 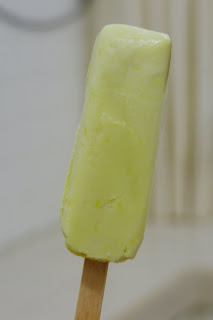 We're still mentally scarred from the Durian episode...  it may take us a while to try the Durian Potongs!
Posted by Norm at 09:44

I've heard that non-English Cadbury isn't as good - they replaced some of the cocoa butter with vegetable fat! Not sure if that is the case in Brunei and Asia, but it definitely happened in Australia!

Btw I don't like Durian but I love durian ice-cream - it really mellows out the flavour :)

we have friends who emigrated to Australia and visitors from the UK are always asked to load there suitcases with Cadburys. G has a theory that the different taste is to do with the milk used among other things.